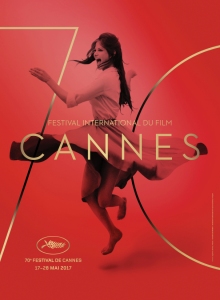 [1:05:33]
You can Listen online
or Download Here
(Right Click… Save as)
News from the Croisette lures Irini and Cal back to the microphone, as we discuss yesterday’s announcement of the 70th Cannes Film Festival lineup, featuring (among others) new films from Andrey Zvyagintsev, Lynne Ramsay, Todd Haynes, and podcast favourite Sofia Coppola. We’re also catching up with news we haven’t discussed since the last episode, chief of which is *that* infamous Oscar mix-up, plus we touch upon the surprise smash hit “Get Out” and dig into some seriously juicy female-led TV shows. Elsewhere, Irini shamelessly flaunts some national pride when we discuss one of the festival’s entries, we vehemently disagree on the virtues of the Safdie brothers, and Cal tests Irini’s patience by taking a pop at Xavier Dolan and all but killing off Michael Haneke.

[1:29:48]
You can Listen online
or Download MP3
(Right click… save as)
It’s Episode 74 of In the Mood for Podcast, a British-based film podcast hosted by Calum Reed of Ultimate Addict and Pete Sheppard of In the Mood for Blog.
This episode sees the belated return of the Red Light District, after it had to be excised from last week’s epic 100+-minute recording. Cal is the only one bringing glad tidings, with discussion of a Coen brothers classic, and a semi-positive take on one of Nicholas Cage’s stranger efforts. It’s the week of the singletons, as we caught up with Paulina Garcia’s free-spirited “Gloria,” while Sandra Bullock finds herself alone and stranded in awards juggernaut “Gravity.” It’s safe to say that one of us was rather unimpressed by the space-set adventure, which prompts a brief discussion on films that failed to convince us, including an Ashton Kutcher vehicle and a recent sci-fi hit. Pete’s back from the Leeds Film Festival having seen Serbia’s submission for the Foreign Language Film Oscar, “Circles,” and a concert marred by technical debacles. Listen as we discuss the year’s latest batch of nominations, Isabelle Huppert’s lustful imposition, and Pete’s lament over the lack of viable romantic options among women over thirty. Violins at the ready!