Episode 139: The Alexa Conjecture [Run All Night; The Duke of Burgundy; Suite Francaise]

This week the Red Light District returns, bringing news of films from the fifties, a World Cinema classic from Scandinavia, and digressions involving Maria Schell, Ava Gardner, and Otto Preminger. We have reviews of the latest Jaume Collet-Serra/Liam Neeson project “Run All Night,” wartime romance “Suite Francaise,” and meditative drama “Still Life,” while one of us was more prepared than the other for the Sapphic shenanigans in Peter Strickland’s “The Duke of Burgundy.” Elsewhere, Pete’s fondness for Sidse Babett Knudsen goes into overdrive, Cal feels guilty for a second consecutive snub of Matthias Schoenaerts, and we’re all about the Arri Alexa.

Red Light District: Pimping the best old films we’ve seen in the past month, featuring discussion of “Gervaise,” “Pelle the Conqueror,” and “The Smallest Show on Earth”

Outro Music: Melanie B, “Tell Me” 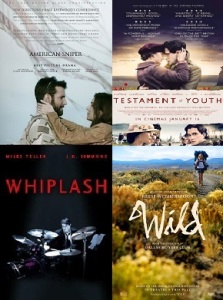 Episode 103: Kiss of the Spider Tattoo

[1:31:13]
You can Listen online
or Download MP3
(Right click… save as)
It’s Episode 103 of In the Mood for Podcast, a British-based film podcast hosted by Calum Reed of Ultimate Addict and Pete Sheppard of In the Mood for Blog.
This week is tangent central, as two deaths in the Actressing world instigates a lengthy opening segment about one-time Supporting Actress Oscar nominees, which includes discussion of performances by Judith Anderson, Juliette Lewis, and many others. New releases include the promising Daniel Auteuil/Kristin Scott-Thomas thriller, “Before the Winter Chill,” and haunted mirror horror film “Oculus,” plus Jean-Pierre Jeunet’s latest colourful tale, “T.S. Spivet,” which reminded Cal a little too much of a certain David Fincher film. We end in grisly fashion with an uber-serious chat about Atom Egoyan’s child murder drama “Devil’s Knot,” featuring the unlikely pairing of Colin Firth and Reese Witherspoon, and a discussion of films based on documentaries. This week’s rule of not mentioning the World Cup is established (and broken) early, while we express our desire to re-cast roles in “The Lord of the Rings” and “Noah” as Michael Haneke, and go off on a mutual Joe Wright Rant about a bitter Oscar snub from the Eighties.

Opening Segment: Discussing one-time Supporting Actress nominees, in the wake of the deaths of Ruby Dee and Martha Hyer!

Red Light District: Pimping films we’ve seen in the last month, including “King of Hearts,” “Kiss of the Spider Woman,” and “Time Without Pity”

Closing Segment: Our take on Atom Egoyan’s “Devil’s Knot,” discussing its role in promoting the “Paradise Lost” documentaries, and offering examples of other films born out of the documentary process!

[1:34:52]
You can Listen online
or Download MP3
(Right click… save as)
It’s Episode 92 of In the Mood for Podcast, a British-based film podcast hosted by Calum Reed of Ultimate Addict and Pete Sheppard of In the Mood for Blog.
This week we’re living up to our Boozy British stereotype, as Pete’s return from Canada brings news of some troubling Toronto drinking laws and a serious put-down to an over-excitable hockey fan. We discuss the death of a glamour puss and the reveal of Sofia Coppola’s new project, plus one of us finally gets around to Ralph Fiennes’ “The Invisible Woman,” and we have reviews of acting showcase “Jimmy P” and kidnap story “7th Floor.” Find out whether Paul Dano can atone for his many acting sins by putting together a credible list of favourite films, how Brian DePalma’s steamy “Passion” compares to the original French thriller “Love Crime, and whether Kathryn Hahn can make the most of a rare leading role in offbeat comedy “Afternoon Delight.” Discover which liberal category placement instigated a spontaneous sing-off, why Cal’s failure to have seen an Ozu film isn’t particularly useful this week, and why Abba and Rihanna trump Robin Thicke.

Shag, Marry or Kill?
The Watson Factor
The Poupaud Range
Outro Music: Rage Against The Machine, “Killing in the Name”

Episode 85: The Saldana Situation [Lone Survivor; Out of the Furnace; 2013 Catch Up]

[1:29:31]
You can Listen online
or Download MP3
(Right click… save as)
It’s Episode 85 of In the Mood for Podcast, a British-based film podcast hosted by Calum Reed of Ultimate Addict and Pete Sheppard of In the Mood for Blog.
This week we’re back to a fairly lengthy running time, when the week’s slate reaches a lofty seven films, as we catch up on 2013 films we missed. The jury’s out as to whether Pete will agree with Cal’s affection for “The Spectacular Now,” “Short Term 12” and “Museum Hours,” and whether Cal will share Pete’s disdain for “The Place Beyond the Pines” and admiration for “The Wall.” We also take the time out to discuss a couple of Friday’s cinema releases as Cal tackles raucous war drama “Lone Survivor,” and Pete deals with the blue-collar criminality in “Out Of The Furnace.” We mourn the recent passing of Philip Seymour Hoffman with a discussion of our favourite performances of his, and mull over some recent Oscar controversy. Tune in to find out how Zoe Saldana may have unwittingly spawned a new segment for the show, why Pete is (wrongly) outraged over a previous episode’s Poupaud ruling, and which Latin singer bears the brunt of our displeasure. All this, plus a random bout of singing leads to a Dolly Parton number closing out the podcast. Yes, again.

Closing Segment: Catching up with 2013 films, with comment on “Museum Hours,” “The Place Beyond the Pines,” “Short Term 12,” “The Spectacular Now” and “The Wall”

Episode 60: Sobriety Is a Virtue [The Conjuring; The Heat; Only God Forgives]

Episode 60: Sobriety Is a Virtue
[1:25:02]
You can Listen online
or Download MP3
(Right click… save as)
It’s Episode 60 of In the Mood for Podcast, a British-based film podcast hosted by Calum Reed of Ultimate Addict and Pete Sheppard of In the Mood for Blog.
A peroni-less podcast sees Pete on his best behaviour when confronted with a listener question that dares to approach the subject of Keira Knightley (see, we will answer questions about literally anything!) and when forced to tackle “Paris-Manhattan,” a French love letter to Woody Allen. Cal shows less resistance when he reviews “Only God Forgives,” before we unite for reviews of the week’s Hollywood fare, buddy-cop comedy “The Heat,” star-studded action sequel “Red 2,” and spooky box-office smash “The Conjuring.” We’ve also got this week’s Red Light District, which handily ties into Joe Wright’s filmography, and part one of our 2009 Venice retrospective, featuring comment on “I Am Love” and “White Material,” among others. Tune in to find out which country Pete is jetting off to this week, which film’s marketing annoys Cal, and whether Kristin Scott-Thomas’s embodiment of a famous fashion personality bests Helen Mirren’s channeling of Bette Davis. It’s diva overload!
The Week’s News

Episode 43: Accentuate the Positive [Trance; The Host; A Hijacking]

This Easter edition of the podcast is our longest for a while, with the return of the Red Light District (check out our Segments page for more info!), along with a reveal of our favourite films and performances of the year so far! This week’s new releases run the gamut from good to grotesque, as Danny Boyle follows up his Olympic success with trippy thriller “Trance,” while Andrew Niccol looks to recapture former glories with the Stephenie Meyer-penned Sci-fi flick “The Host.” We’re sampling recent bites from European and Asian cinema with Danish thriller “A Hijacking,” Francois Ozon’s “In the House” and Japanese awards sweeper “Rebirth,” and we celebrate the tenth anniversary of “Finding Nemo” by unashamedly gushing about its cuteness. Tune in to find out which of this week’s films forced one of us to turn to comfort food, and which underseen Hawks classic is doing the rounds on MySpace!

Opening Segment:  Analysing the first quarter of 2013 and revealing our favourite films and performances from the year so far! [3:45 – 11:15]