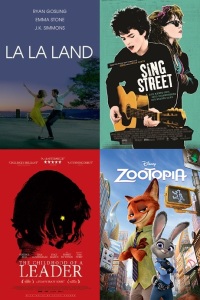 After an eight-month absence, Irini joins Cal to discuss all that cinema has had to offer us in 2016 so far, with both giving their favourite five films and performances of the year, and discussing their personal highlights. With Irini heading to Venice and Cal heading to Toronto, there’s plenty to be excited about concerning festival season. We dig into our biggest hopes from the festivals, and look ahead to year-end releases from Ang Lee and Martin Scorsese, among others. Elsewhere, there’s a Lobster-related story from the heart of Japan, trepidation over Xavier Dolan’s latest cinematic effort fails to faze Irini, and some unexpected virtues of Jaden Smith are revealed.

Episode 107: The Four Percent Rule [Boyhood; Begin Again; How To Train Your Dragon 2]

[1:32:12]
You can Listen online
or Download MP3
(Right click… save as)
It’s Episode 107 of In the Mood for Podcast, a British-based film podcast hosted by Calum Reed of Ultimate Addict and Pete Sheppard of In the Mood for Blog.
This week we turn our attention to the upcoming Venice Film Festival, discussing the just-announced opening film for 2014, and the recent history of openers at the festival, which include two Steven Spielberg films and a derranged noir effort from Brian DePalma. Change is on the horizon, as the World Cup is over and Pete is now a home owner, but he still couldn’t pluck up the courage to experience Keira Knightley’s vocal tones in John Carney’s “Begin Again,” leaving Cal all alone with some awkward preconceptions about Adam Levine. Meanwhile, we discuss animated Sequel “How to Train Your Dragon 2” and Richard Linklater’s “Boyhood” becomes the longest review on the podcast since… Richard Linklater’s “Before Midnight,” but did our lofty hopes for it get answered? Elsewhere, we talk about our personal experiences of open mic nights, and there’s an epic preconception corner, featuring an infamous slur by John Wayne on Barry Norman, and a major sexual indiscretion by the Maroon 5 front-man concerning everyone’s favourite tennis pro.

Opening Segment: Discussing the recent history of opening films at the Venice Film Festival, in the wake of the announcement that Alejandro Gonzalez Inarritu’s “Birdman” will open this year’s event!

Shag, Marry or Kill?
The Olsen Factor
The Isaac Range
Outro Music: Glen Hansard & Marketa Irglova, “When Your Mind’s Made Up”